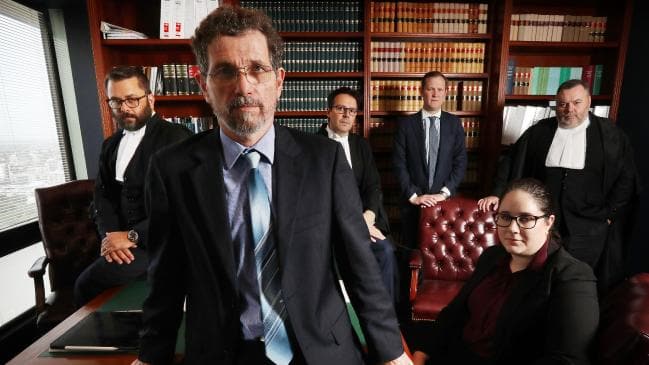 The “penalties” hearing went well, and Barrister Ben Kidston did a brilliant job in the pilot’s seat.

I should let you all know that we are no longer seeking reinstatement because JCU’s response since the decision indicates that if I went back, I would have a very troubled existence that would also threaten all my colleagues in the Physics Department.

But the big news is that JCU stated firmly that they will appeal. This is a frightening prospect that will be horribly expensive both financially and emotionally, but at least we know for sure. I have little doubt that we will win. JCU has just not faced reality.

JCU have three weeks after the Judge hands down his “penalty” decision to file the appeal documents. We will hold off reopening the funding appeal until then. I expect it will be late August. You have already done your bit and I have no doubt that many others will step up to the plate and join us. This matter is now very well known.

On a more amusing note, the Vice Chancellor and the Provost (Chris Cocklin) might be in big trouble for an email and public statement they made within hours of the decision being made public in April. To quote The Australian newspaper

Charlie Peel,writing in The Australian says:

Contempt? Well, that fits. They haven’t a clue how contemptuous they appear.

In other news, the IPA did some digging, here are some excerpts from the press release, bold mine:

Gideon Rozner: The details of a freedom of information request lodged by the Institute of Public Affairs with James Cook University and released today reveal the University has already spent at least $630,000 on legal fees in the Dr Peter Ridd case.

“The very fact that an Australian university is willing to force the weight of an entire administration backed by taxpayer funds to stifle an academic’s freedom of speech sends a massive chilling effect to any academic engaging in public debate in Australia,” said IPA Director of Policy, Gideon Rozner.

“James Cook University’s shameful actions prove without doubt there is a crisis of free speech at Australian Universities.

“It is staggering to think that after the Federal Circuit Court ruled on every point in Dr Ridd’s favour, JCU is contemplating an appeal.

“Australian universities receive billions of dollars in taxpayer funding for the purpose of free intellectual inquiry. Now JCU wants to go to a higher court to prove it can shut down the freedom of speech on academic issue by one of its professors. It is outrageous. Taxpayers fund JCU to do education and research, not engage in vexatious litigation against its own staff.