Let them sail yachts: Why Greta Thunberg and the green elite hate you 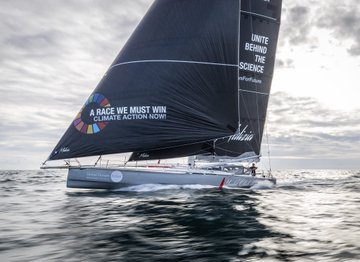 Swedish climate activist Greta Thunberg will sail across the Atlantic by boat to attend two climate conferences. But the teenager’s carbon-neutral odyssey reveals the disregard – even contempt – the elite have for the rest of us.

Thunberg shot to fame for organizing school walkouts against climate change last year. A series of talks lamenting her generation’s impending doom have since made her the poster child for a strange, apocalyptic brand of environmentalism, with British lawmakers nodding along to her declaration that “we probably don’t even have a future anymore” in April, and the world’s power-brokers listening intently to her exhortation that they should “feel the fear I feel every day,” made at the World Economic Forum in Davos several months earlier.

She offers only one path to salvation: an immediate halt to all carbon emissions – there can be no compromise.

Good news!
I’ll be joining the UN Climate Action Summit in New York, COP25 in Santiago and other events along the way.
I’ve been offered a ride on the 60ft racing boat Malizia II. We’ll be sailing across the Atlantic Ocean from the UK to NYC in mid August.#UniteBehindTheScience 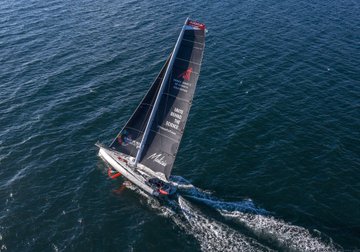 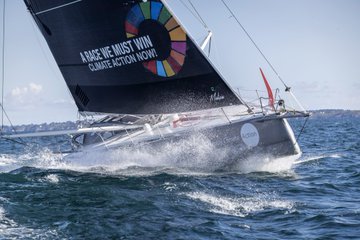 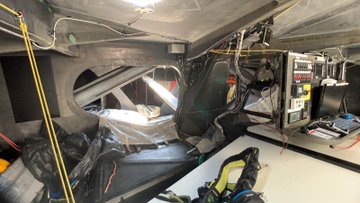 6,666 people are talking about this
Thunberg practices what she preaches, though, and eschews all forms of internal combustion while she treks from climate conference to parliamentary speech. Rather than fly to the UN Climate Action Summit in New York next month, Thunberg will sail, a journey expected to take two weeks.

However, the young proselytizer will not cobble together a boat from upcycled oil drums and driftwood. Instead she’ll be traveling on the Malizia II, a 60-foot racing yacht. The Malizia II is loaded with eco-friendly innovations, like a lightened hull and an array of solar panels powering a backup turbine.

Its crew are also a far cry from the ragtag band of crusties you might imagine. The Malizia II will be captained by renowned yachtsman Boris Herrmann and Pierre Casiraghi, grandson of Monaco’s late Prince Ranier III and actress Grace Kelly. The boat, too, was once named the Edmond de Rothschild, after the financial baron and founder of a fleet of racing yachts. Its construction cost upwards of €4 million.

Despite the cheers of bourgeois bugmen, Greta’s trip of a lifetime reveals the feckless elitism at the heart of her activism. Sailing across the Atlantic on a multimillion dollar racing yacht is a wonderful stand against climate change when you’re Greta Thunberg. But to dock in New York and demand the miserable masses give up car and air travel is the ultimate in anti-humanitarianism.

Us common folk don’t have access to vessels like the Malizia II. In Thunberg’s utopia, we’d have to row. And even if we did, how many of us can take two weeks’ annual vacation just to get to America to see our friends? Or hire actual Monegasque royalty to get us there in one piece?

ALSO ON RT.COMFrench MPs call for boycott of address by environmentalist ‘apocalyptic guru’ Greta ThunbergThe airplane and the automobile have democratized travel, and Thunberg wants to take that away from us. Troublingly, Thunberg is not a lone crusader. As she addressed the British parliament in April, the streets of London were thronged with ‘Extinction Rebellion’ climate protesters. Holding placards demanding an end to fossil fuels, meat eating and, seemingly, modernity itself, these activists visibly and forcefully demanded the government strong-arm them into being green. “Please tread on me,” they may as well have cried.

In the US, 104 members of Congress have co-sponsored the ‘Green New Deal,’ an ambitious piece of legislation that calls for a complete abolition of fossil fuel consumption by 2050, alongside government-mandated wealth redistribution programs. An earlier draft of the Green New Deal also called for the immediate elimination of air travel and “farting cows,”and for the dismantling of industry.

The green fervor preached by Thunberg et al. has two potential outcomes. In one scenario, the political elite will listen to her sermons, clap politely, pose for selfies and then go back to doing nothing: case in point, her meeting with French President Emmanuel Macron, who rode to power promising environmental reforms, but found his cities almost razed by protesters when he tried so much as a fuel tax hike last year.

ALSO ON RT.COMIf Greta Thunberg worries about end of the world, why does she pose with status quo politicians?The second, more terrifying outcome, is that Thunberg’s pontification will become policy. And, if the world’s governments decide to commit civilizational hara-kiri like this, they already have a propaganda department working overtime to bludgeon the masses with their message.

The elite don’t just want to regulate how you travel and how you heat your home. They want to control what you eat and how you breed, too. Open the pages of any mainstream magazine; turn on your television; scroll through any mainstream news site and you’ll see headlines like “To feed the world, why not eat bugs?,” “Eating insects is good for you – and the planet!,” “To Confront Climate Change, the Modern Automobile Must Die,” and “Want to fight climate change? Have fewer children.”

Thunberg, her elite backers, and their court scribes – if they’re to be taken at their word – want you alone, immobile and, literally, eating insects in the name of environmentalism.