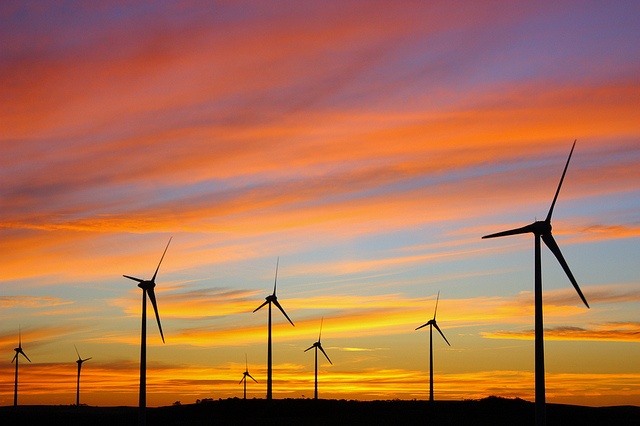 Australian government energy departments are only reporting on wind farms’ nominal power (capacity), rather than their actual energy production.

Shockingly, the State Government of Victoria only reports on the nominal power of individual wind turbines. In other words, it is a meaningless metric of actual wind farm performance.

This statistic does not acknowledge the very well-known fact that energy of wind farms is never delivered at the nominal power, but on average at about one third of this power, and sometimes even at as low as 5% of this power, as statistically occurs many times every month for the wind farms of south-east Australia, a large area that includes not only Victoria, but also South Australia, Tasmania, New South Wales and Queensland.

Aneroid Energy, anero.id/energy/wind-energy, shows the actual power of energy generation of the wind farms of south-eastern Australia, and their sum, every 30 minutes. The energy markets and systems in south east Australia are run by the Australian Energy Market Operator (AEMO) and the data shown by Aneroid Energy is sourced from their publicly available data sets.

On an annual basis, the wind farms work around 30 to 35% of the nominal power. However, the data also shows significant daily, and seasonal variability, significant differences between the performances of the different wind farms, and many situations of production at a power below 5% of the nominal power, across south-eastern Australia, that includes Victoria (VIC1), ACT and Tasmania (TAS1), South Australia (SA1), New South Wales (NSW1), Queensland (QLD1).
This is for example May 2019, from anero.id/energy/wind-energy/2019/may

And this is for example June 2019, from anero.id/energy/wind-energy/2019/june

May and June are not the worst months for wind energy production in south-east Australia. The reader may verify the similar (or even worse) patterns of other months.
The wind farms included are listed by anero.id/energy/wind-energy/. Those in New South Wales have total registered nominal capacity 1,503 MW, those in Queensland a total registered nominal capacity of 632 MW, those in South Australia a total registered nominal capacity of 2,142 MW, those in Tasmania a total registered nominal capacity of 308 MW, and finally, those of Victoria a total registered nominal capacity of 2,116 MW.
In the perfect world for the State Government of Victoria, where all the energy wanted is wind (or even worse, wind and solar photovoltaics), you may need a much larger nominal capacity installed that what is requested, to compensate the days where wind energy is generated at below 5% the nominal power, to satisfy the energy needs.
From the images above, without energy storage, you may need 20 times what is needed, if you want to work only wind. Alternatively, if you use energy storage, then the total power needed by the energy storage should be about the same of peak demand. Additionally, the energy stored should be the product of this power for the length of the low wind energy periods, that sometimes last several days. As the State Government of Victoria is not aware of, energy from solar photovoltaics is even less reliable than the unreliable wind. Solar photovoltaic panels do not work very well when it is cloudy or raining, and they do not work at all during nighttime. Considering hydropower in Australia is presently 8% of the total, projected to reduce below 3% by 2030, arena.gov.au/about/what-is-renewable-energy/hydropower/, the State Government of Victoria should carefully consider the actual needs of battery storage to make practical the goals of only wind and solar energy supply.
According to http://www.cleanenergycouncil.org.au/resources/technologies/energy-storage, presently, battery energy storage in Australia is limited to one 30 MWh and one 25 MW/50 MWh facility in Victoria, one 30 MW/8 MWh and one 100 MW/129 MWh facility in South Australia, and one 5 MW facility in the Northern Territory (the power of the first facility of Victoria and the facility in the Northern Territory are unspecified). The 100 MW/129 MWh facility is the world’s largest battery storage. Neglecting the fact that batteries cannot be fully discharged, this world largest battery only last less than one hour and one half if discharged at peak power of 100 MW. According to http://www.aer.gov.au/wholesale-markets/wholesale-statistics/generation-capacity-and-peak-demand, the National Electricity Market (NEM) capacity is 46,848 MW, and the NEM demand is 33,941 MW. The State Government of Victoria should appreciate the orders of magnitude of the issues to be addressed.